What Is Mustard Oil?

Mustard oil is a staple ingredient across India, favoured for its pungent, nutty flavour, but its use in the western world isn’t so simple. 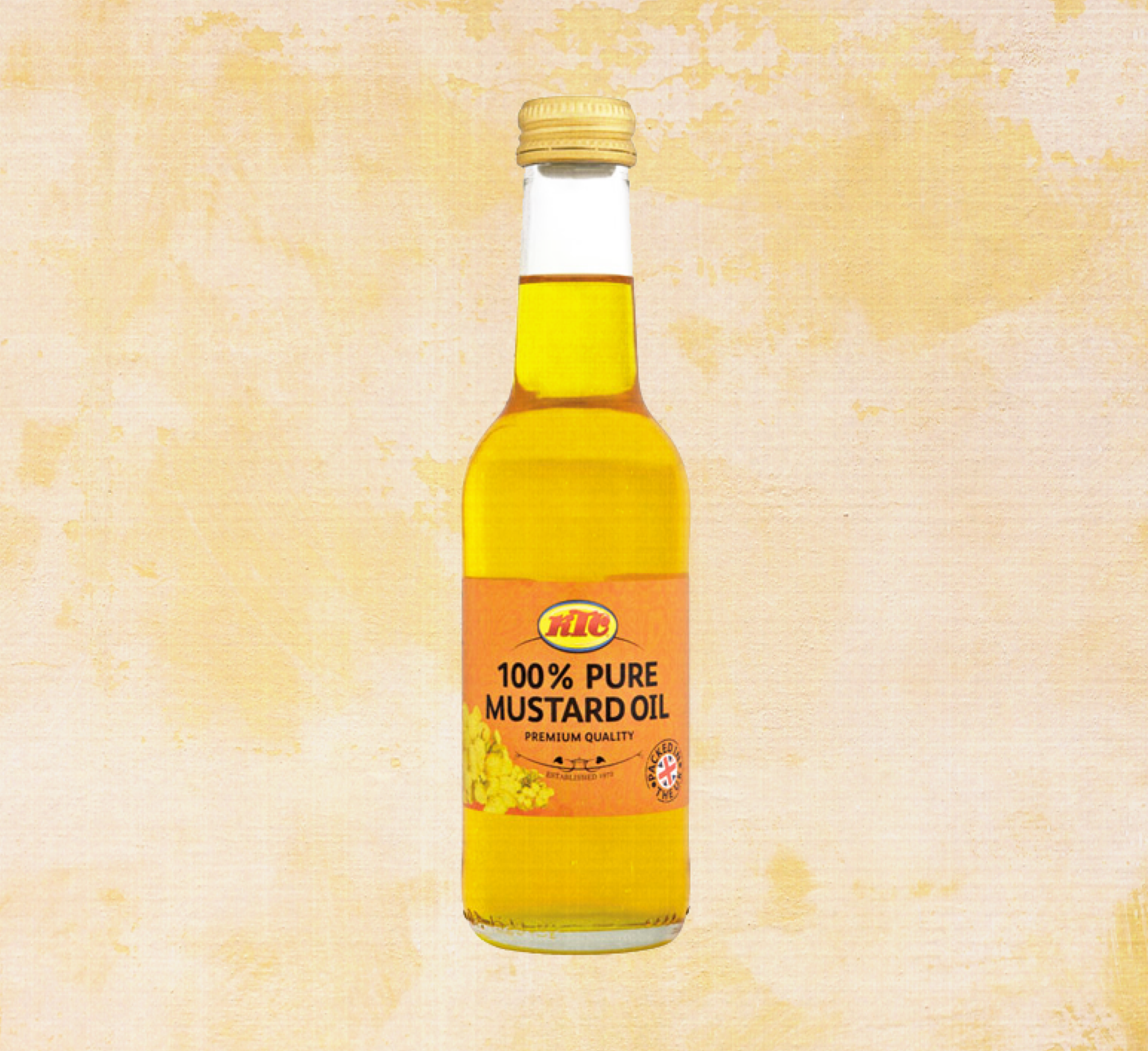 While being used throughout South Asia, mustard oil is actually banned in the US and only meant for ‘external use’ in the UK/EU. Unlike oils that are merely infused with mustard seeds, true mustard oil is the fat extracted from the seeds of the mustard plant, which happens to contain a large proportion of erucic acid, which a study showed to cause fatty deposits in the heart muscles of animals.

That being said, no actual research has been carried out on humans and from all accounts, there have never been any negative health effects recorded as a result of exposure to Erucic acid in humans, with millions of people using it worldwide to no apparent side effects.

IS IT USED IN THE UK?

Despite the Erucic acid legislation and labels stating the oil should only be used for massages, the Northern Indian community in the UK buy mustard oil and ignore the labelling completely. You can pick up Mustard oil from most Asian supermarkets and might even have eaten mustard oil in Indian restaurants across the UK.

Most chefs recommend heating mustard oil before adding it to dishes to maximise its flavour and take some of the heat out, but don’t worry about doing this if you’re using it as a marinade.
Across Northern India, mustard oil is mainly used as a marinade and pungent base to curries, as Rohit does with his chicken tikka masala, but it’s also often used to add a kick to vegetable dishes, like bombay potatoes and saag.
That being said, it’s not limited to Indian cooking, it’s also great for sautéing vegetables, in a dressing or just as a finishing oil for any dish you want to add a horseradish-like kick to.

As a substitute for mustard oil’s peppery kick, you can slowly heat mustard seeds in a neutral oil, such as vegetable oil, until the flavour and some of the colour of the mustard seeds have infused into the oil.