There’s more to the Indian bread scene than Naan

Indian cuisine is known to be vast, diverse and regional and their breads are no different. There are around 30 different types of bread, across various forms; leavened and unleavened, baked, fried, steamed and even roasted in a tandoor. 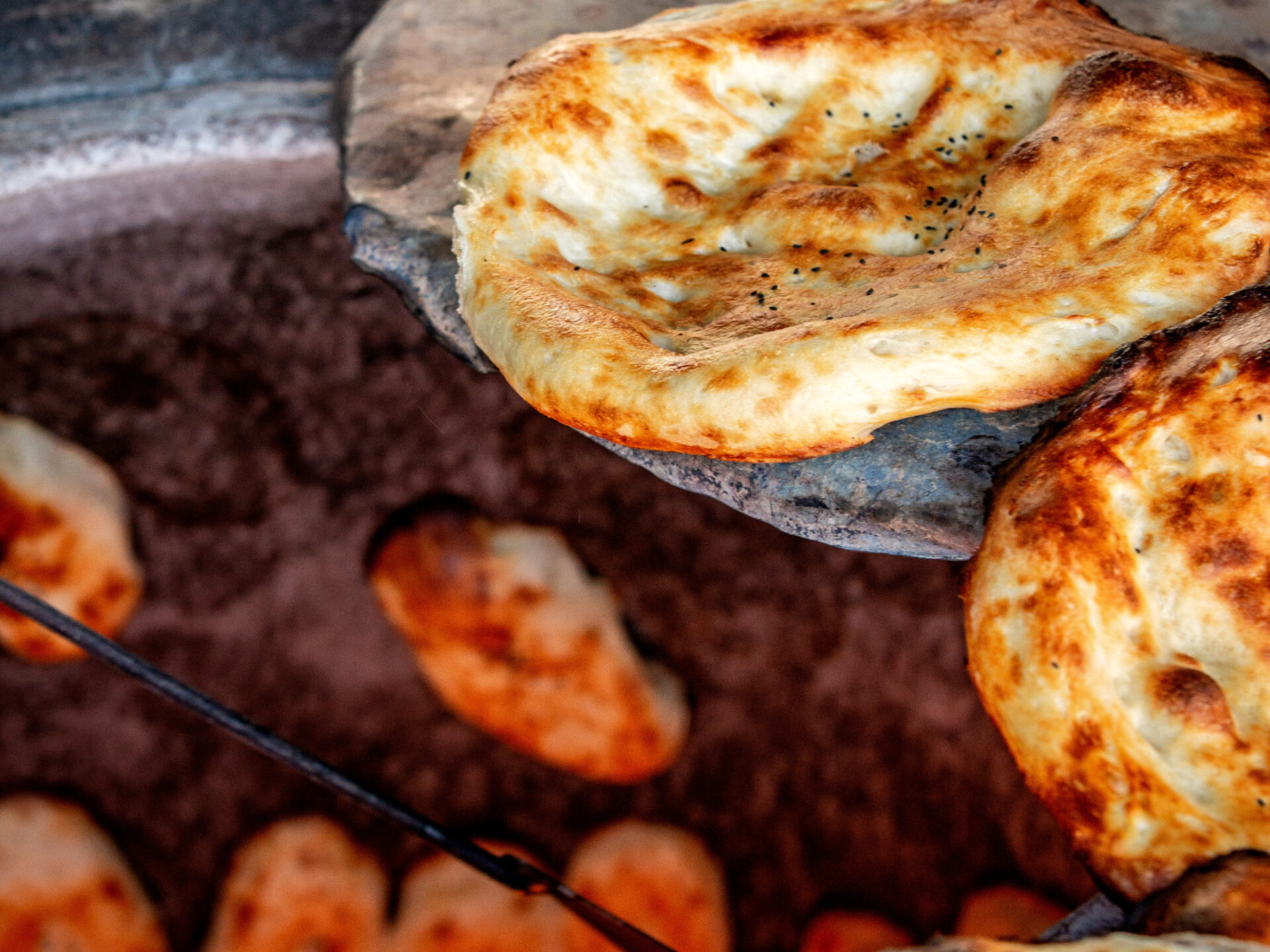 A drizzle of history

Flatbreads, including the classic roti, paratha and naan, are thought to be the oldest types of bread in India, with many thinking some date back 5,000 years. They are traditionally made primarily from milled flour, typically atta or maida, and water.

India’s history of breads is closely linked to their history of ovens. Unlike European countries, Indian cooking rarely used a typical oven, but only a tandoor. The tandoor may have originated in Rajasthan in around 2600 BC (about the same time as the pyramids). A tandoor has a much higher heat than a typical oven (reaching around 450C), which perfectly suited flatbreads, such as the Indian roti and Afghan naan. The flatbreads were, and still are, cooked by sticking them to the inside of the tandoor, adding the earthy flavour of the clay pot and the smokiness of the fire. 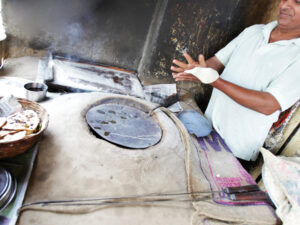 In Southern India, where rice has always reigned supreme, lentils and rice have traditionally replaced wheat as the staple cereal in bread making. Breads such as Dosa, illustrate this tradition, however after the Portuguese arrived in Goa in the 16th century, they brought the European ovens and methods of baking to India. This effect is still seen to this day, with breads, such as Pav, a soft white roll forming Mumbai’s favourite street food, Vada Pav.

WHAT ARE THE MAIN BREADS?

Roti is the most simple of all the Indian breads, which is why it’s often rumoured to be the oldest. It’s literally just a case of combining wheat flour and water to create a bland, earthy flatbread that complements the spicy, rich curries of North Indian cuisine.

Chapatis are almost identical to roti, except they only use wholemeal wheat flour (atta) and often include a little oil and salt. Also whereas roti can be cooked in a tandoor, chapati are also only ever cooked in a Tawa (an Indian frying pan).

Paratha is an amalgamation of the words “parat” and “atta”, which literally means layers of cooked dough. The introduction of ghee or oil into the folds of a paratha gives them a rich, flaky texture that makes them stand out from a roti or chapati.

There is also a South Indian bread called Parotta, which is made with maida flour, adding more gluten and creating a silkier, doughier cousin to Paratha.

It’s hard not to have heard of naan across the UK, its popularity has meant you can find ready-made versions in nearly any supermarket. Naan is another ancient Indian flatbread, leavened with yeast or bread starter. It was likely the first oven baked Indian bread, with its trajectory likely tracking that of the tandoor. It’s traditionally baked in the quick, smoky heat of a tandoor, so that it cooks evenly while charring slightly.

A subset of traditional naan, Kulcha is made with a refined white flour like Maida rather than wheat flour, as a result it is not as fluffy or as soft and is known for its flaky texture instead. It is a popular side dish in Indian cuisine that is less common in the UK. Due to its rigidity, kulcha naan is often stuffed with fillings like potatoes or daal for delicious savoury dishes.

Poori is an unleavened deep-fried bread, which is usually served with a curry or bhaji as a snack across India.

Dosa is a staple part of South Indian cuisine and is made from rice better and black lentils instead of wheat. It is made by soaking a mixture of rice and urad dal in water, then grinding it finely to form a batter. The batter is then left to ferment overnight before being mixed with water for the desired thickness. Finally it’s spread out evenly onto a hot griddle and cooked like a pancake, before being served hot half or rolled like a wrap.

Bhatura takes some of the best attributes of both naan and puri to create a delicious bread that originates from the Punjab region. It’s a leavened bread made with maida flour, yoghurt, ghee and yeast that’s often eaten with chana masala for breakfast.

Pav, a soft white bread roll, is just one example of oven-baked bread that came from the Portuguese colonisation. Now part of Mumbai’s most popular street food, Vada Pav, Pav was actually mainly local to Goa until the 1960s. It’s made from milk, butter, salt, sugar, yeast and maida (plain flour) and is mostly served with bhaji (thick vegetable curry) and potatoes.